The Pushchinsky radio-astronomical observatory of  the Astrospace center of Physical institute of P.N. Lebedev of Russian Academy of Sciences is a partner of PushGENI in the organization of faculty of Astrophysics and radio astronomy which functions since 2001.

The astrophysics as the direction is created on a joint of physics and astronomy. Besides, in astrophysics there were new applied directions among which studying and the forecast of solar and terrestrial communications, creation of the new time scales based on high stability of pulse radiation of pulsars, development of new ranges of frequencies of space radiation.

Development began with radio of range (radio astronomy) and is connected with creation and use of land radio telescopes; extra-atmospheric observations in infrared, ultra-violet, x-ray and scale ranges became possible; there were opportunities for carrying out radiointerferometrichesky observations by means of simultaneous measurements on land and orbital radio telescopes.

At implementation of the master program in common by the Observatory and PushGENI use the unique equipment (laboratory base), in particular, entering the register of unique physical installations of Russia — 3 radio telescopes:

The listed unique installations are demanded by other domestic and foreign astronomical institutions, for example, the Large scanning antenna FIAN radio telescope is one of the most highly sensitive radio telescopes of meter wave band in the world and very wide field of sight having at the same time.

The master educational program consists of the unique author’s courses of lectures made by scientific and pedagogical employees of Observatory, as a part of which 4 doctors of physical and mathematical sciences, 2 candidates of physical and mathematical and 1 Candidate of Technical Sciences. Management of preparation of master theses is performed by world-class specialists — doctors and candidates of science.

Training of masters and graduate students in the field of all-physical disciplines includes profound studying of problems of modern astrophysics and also the general mechanisms of space radiation, a structure and evolution of the Universe. Special disciplines include courses of physics of space beams and neutrino astronomy, physics of space plasma, cosmology, courses on spectroscopy of atoms and molecules, mass spectrometry in space researches. The program of training of masters provides training of specialists, capable to solve as theoretical tasks, and to conduct work in the field of astrophysical experiments and observations.

In the course of training students are involved in scientific research in the following main directions:

Graduates gain broad knowledge in the field of astrophysics and radio astronomy that allows them to conduct independent research on domestic and foreign radio telescopes, to carry out processing and the theoretical analysis of the received results, to project and create the modern equipment for carrying out radio-astronomical observations and also to be engaged in teaching activity in the educational organizations.

In 2011-2013, a new multibeam beamforming system of the BSA FIAN radio telescope was developed and put into operation — one of the most highly sensitive VHF radio telescopes in the world. Now the field of view of the radio telescope has expanded by almost an order of magnitude, which makes it possible to observe most objects in the northern celestial hemisphere every day. In fact, we can talk about the creation of a new, even more highly sensitive and highly informative radio telescope, which, along with studies of pulsars, quasars and radio galaxies, allows systematic monitoring of the state of the circumsolar and interplanetary plasma in order to predict «space weather». The creation of a new stationary 96-beam radiation pattern, intended for round-the-clock observation of radio sources with declination from -8 to + 42 degrees, has become the basis for obtaining outstanding results in the scientific activities of the PRAO AKC FIAN.

During the maximum period of 24 solar activity cycles (in 2013 — 2014), a yearly cycle of observations of about 5000 radio sources (daily), flickering on inhomogeneities of the interplanetary plasma, was carried out. Software has been created that allows you to post on the Internet in real time the monitoring data of the current state of the interplanetary plasma. Daily maps of the distribution of values ​​of the level of interplanetary scintillations, which reflect the spatial structure of the turbulent solar wind, have been constructed. The observational data obtained are explained by a three-component model of the large-scale spatial structure of the solar wind, which consists of a stable global component, propagating disturbances, and corotating structures. The global structure has a spherically symmetric distribution relative to the Sun.

The modernized BSA radio telescope of the Lebedev Physical Institute also provided tremendous opportunities for searching new pulsars in the meter wavelength range. In 2016, more than 50 pulsar candidates were discovered, and the main parameters were measured for two dozen of them.

The staff of the Observatory and the Faculty carry out extensive scientific and organizational work, as well as work to disseminate scientific knowledge, promote the achievements of domestic and world science among schoolchildren, students and the general population.

Every year the Observatory holds 2 open days with lectures, excursions and evening observations of stars and nebulae with optical telescopes; over 300 people take part in each such event. On average, about a hundred scientific and educational excursions and / or lectures are held at the Observatory every year, including visits to the Observatory by foreign guests of the Pushchino Scientific Center. During the academic year, there are weekly astronomy classes for schoolchildren.

In 2012-2016. 7 scientific conferences and 3 summer schools were held on the basis of the Observatory:

— the annual Pushchino All-Russian conferences «Actual Problems of Extragalactic Astronomy», held in April each year (these were 29 — 33 APVA conferences 2012-2016).

During this period, 3 open Olympiads of science cities and scientific centers for astronomy and space physics were held on the basis of the Observatory, within the framework of which Astrotournaments of teams took place. Schoolchildren from various regions of Russia, as well as our foreign guests from Ukraine, Kazakhstan and Kyrgyzstan took part in these Olympiads and tournaments. Undergraduates and postgraduates from PushGENI took part in organizing and conducting all these events.

on the educational program Astrophysics. Physics of cosmic radiation and space.

Upon admission to the master’s program, it is necessary to pass entrance tests for the course «General Physics»

The preparation of masters in the field of general physical disciplines includes an in-depth study of the problems of modern astrophysics, as well as the general mechanisms of cosmic radiation, the structure and evolution of the Universe. Specialized disciplines include courses in cosmic ray physics and neutrino astronomy, cosmic plasma physics, cosmology, courses in atomic and molecular spectroscopy, and mass spectrometry in space research. The master’s training program provides for the training of specialists who are able to solve both theoretical problems and work in the field of modern astrophysical experiments and observations. 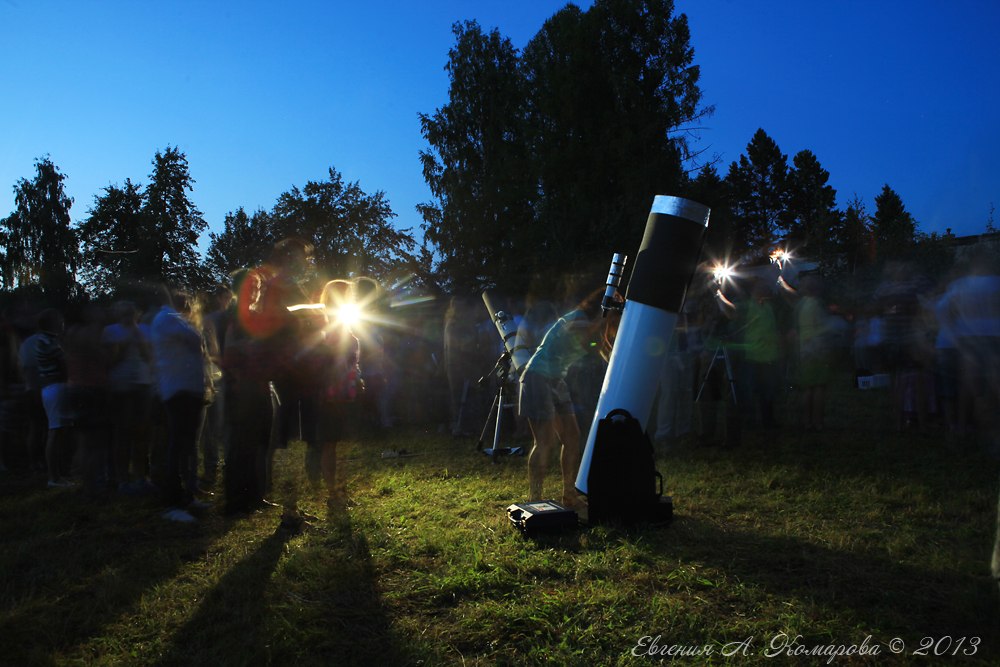 In the process of training, undergraduates are involved in scientific research in the following main areas: extragalactic radio sources, spectral radio astronomy, pulsars and pulsar astrometry, interstellar medium, solar wind, techniques and methods of radio astronomy observations, information systems in astrophysics. The preparation of master’s theses is supervised by world-class specialists — doctors and candidates of sciences.

Undergraduates will acquire broad knowledge in the field of astrophysics and training in the field of radio astronomy, which will allow them to conduct independent work on modern domestic and foreign radio telescopes, carry out processing and theoretical analysis of the results obtained, develop and create modern equipment for conducting radio astronomy observations, as well as engage in teaching activities in institutions of higher and secondary education.

Module «Physics of Space and Objects in the Universe»

The structure and evolution of the universe. Astrometry and Celestial Mechanics

Disciplines of the student’s choice:

Physics of the Suns and the Solar System. Physics of stars and pulsars

Propagation of waves in the cosmic plasma of the Galaxy

The knowledge gained allows masters and candidates of science to conduct independent work and supervise work on modern domestic and foreign radio telescopes, to process and theoretically analyze the results obtained, to develop and create modern equipment for conducting radio astronomy observations, as well as to engage in teaching activities in institutions of higher and secondary education.

in the direction 03.06.01 Physics and Astronomy with a degree in Astrophysics and Stellar Astronomy

The postgraduate training program provides for the training of specialists who are able to solve both theoretical problems and work in the field of modern astrophysical experiments and observations. 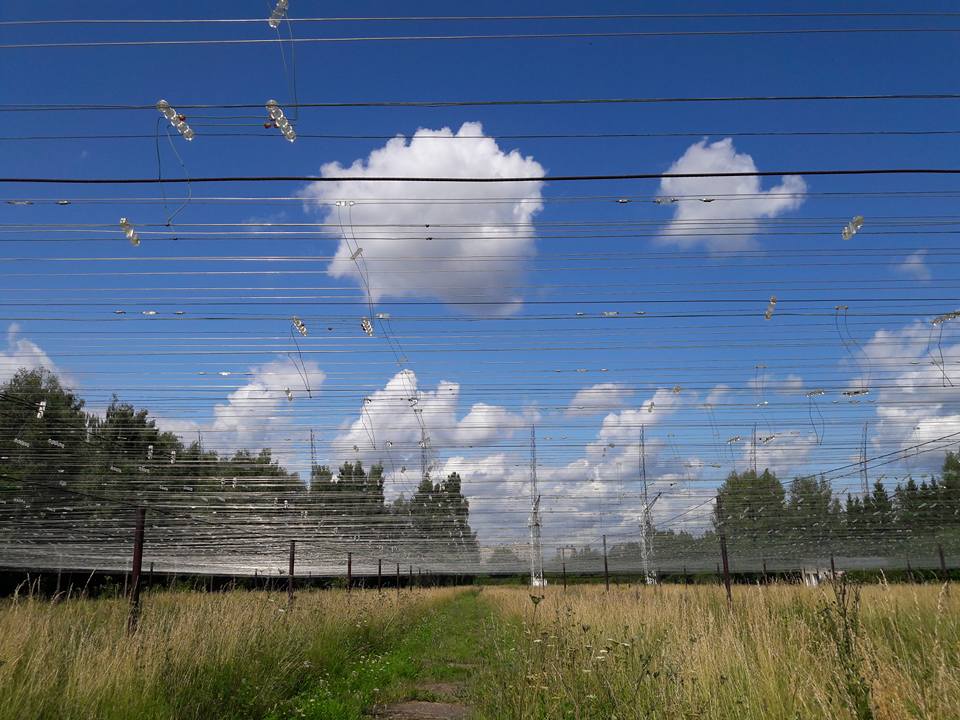 Scientific research is carried out using unique physical installations in Russia — radio telescopes RT-22, DKR-1000 and BSA, equipped with modern receiving and recording equipment. It is such gigantic structures as the DKR-1000 range cruciform radio telescope, whose antennas are 40m x 1000m each, and the BSA Large In-Mode Antenna Array, about 200m x 400m in size, that are necessary to register very weak radio fluxes coming from distant radio galaxies and quasars, in including those that are practically on the border of the visible universe.

The postgraduate students of the Faculty of Astrophysics and Radio Astronomy will face fascinating astrophysical problems related to the study of matter in extreme conditions. Such studies arouse keen interest among all who are concerned about fundamental problems of the structure of matter and the Universe as a whole. Cosmological problems are currently merging with theoretical and experimental work in the physics of elementary particles, and this approach promises significant progress in understanding the structure of matter on scales from quarks to the boundaries of the Universe.

The structure and evolution of the universe